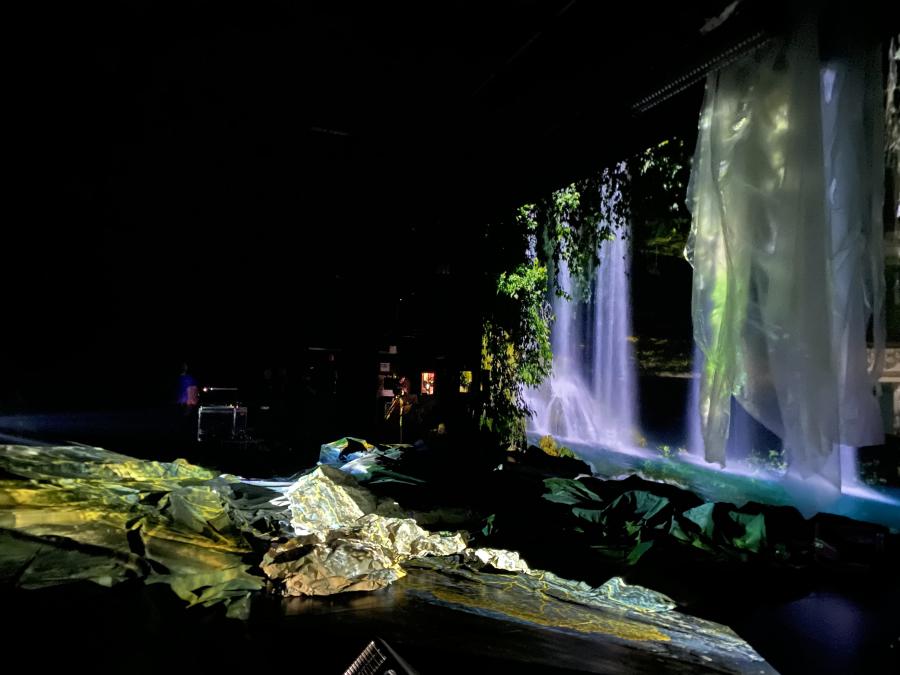 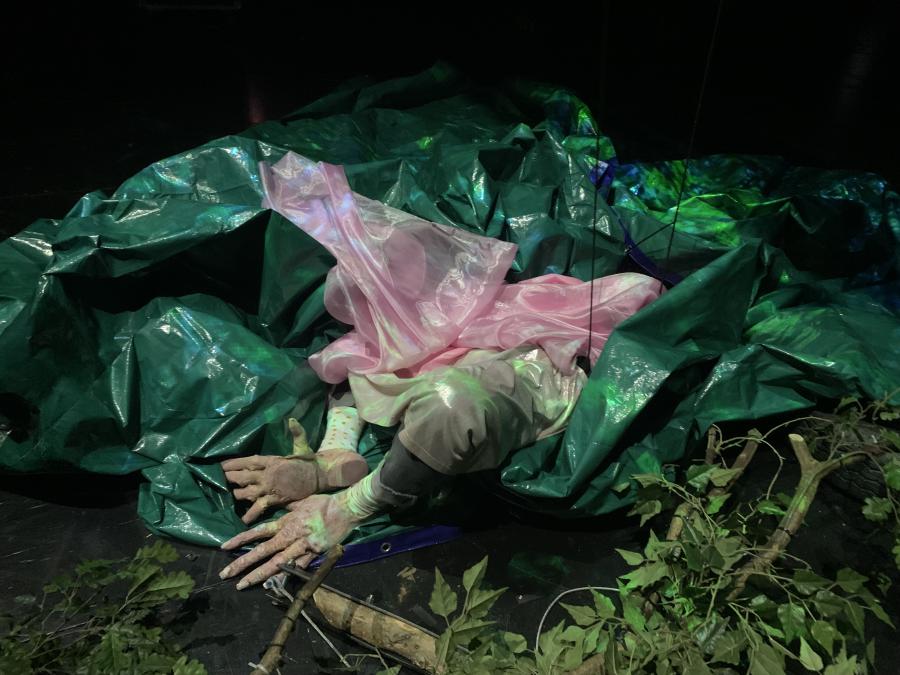 WELCOME TO THE YEAR 2150, A FUTURE WHERE NATURE HAS RECLAIMED ITS PLACE

In ATMEN... (evolution is silently unfolding) Nicole Beutler welcomes you to a yet undiscovered slice of the future; the year is 2150. A future where nature has reclaimed its place; a pulsating paradise, vibrating, breathing and full of life. Little remains of the red plush in the theatre auditorium. The ruin has been overgrown by wild nature and shiny fungus. The audience takes their seats in a dark forest, where the four male singers of the award-winning dance opera 8: METAMORPHOSIS sing snatches of Schubert's romantic nature songs from the shadows.

Two dancers meet in the moonlight of the post-apocalyptic paradise. Joined by hybrid creatures, animals, plants, fungi and fireflies, they dance to the music of lost radio waves, rustling leaves and the poetic lyrics of Flemish writer Peter Verhelst.

ATMEN... (evolution is silently unfolding) is a musical, performative and cinematic installation. Visual artist Heleen Blanken uses three-dimensional video images to make the theatre overrun with wild nature. In the dark, all senses are on edge and space is created for the unknown, for wonder, for blossoming beauty. Between abandoned car tyres, ceramic pots and bronze sculptures, fungi squeeze their way up.

RITUALS OF TRANSFORMATION (towards a new humanity)

ATMEN... (evolution is silently unfolding) is the second performance of the trilogy RITUALS OF TRANSFORMATION in which Beutler searches for a new balance between humans, earth, animals and technology. In GINKGO or: 56 million years ago there were palm trees on the North Pole, we watched the demise of humanity like a film without a happy ending. In ATMEN... (evolution is silently unfolding), Beutler and her team let the audience catch their breath again with a space full of life and potential. In the final part of the trilogy, a new balance will have been found. Theatre offers the chance to think critically about the future of humanity on this planet. Beutler wants to touch the audience by offering new perspectives, by breaking open existing concepts in search of new, unexpected connections, generating potential for a hopeful vision of the future.