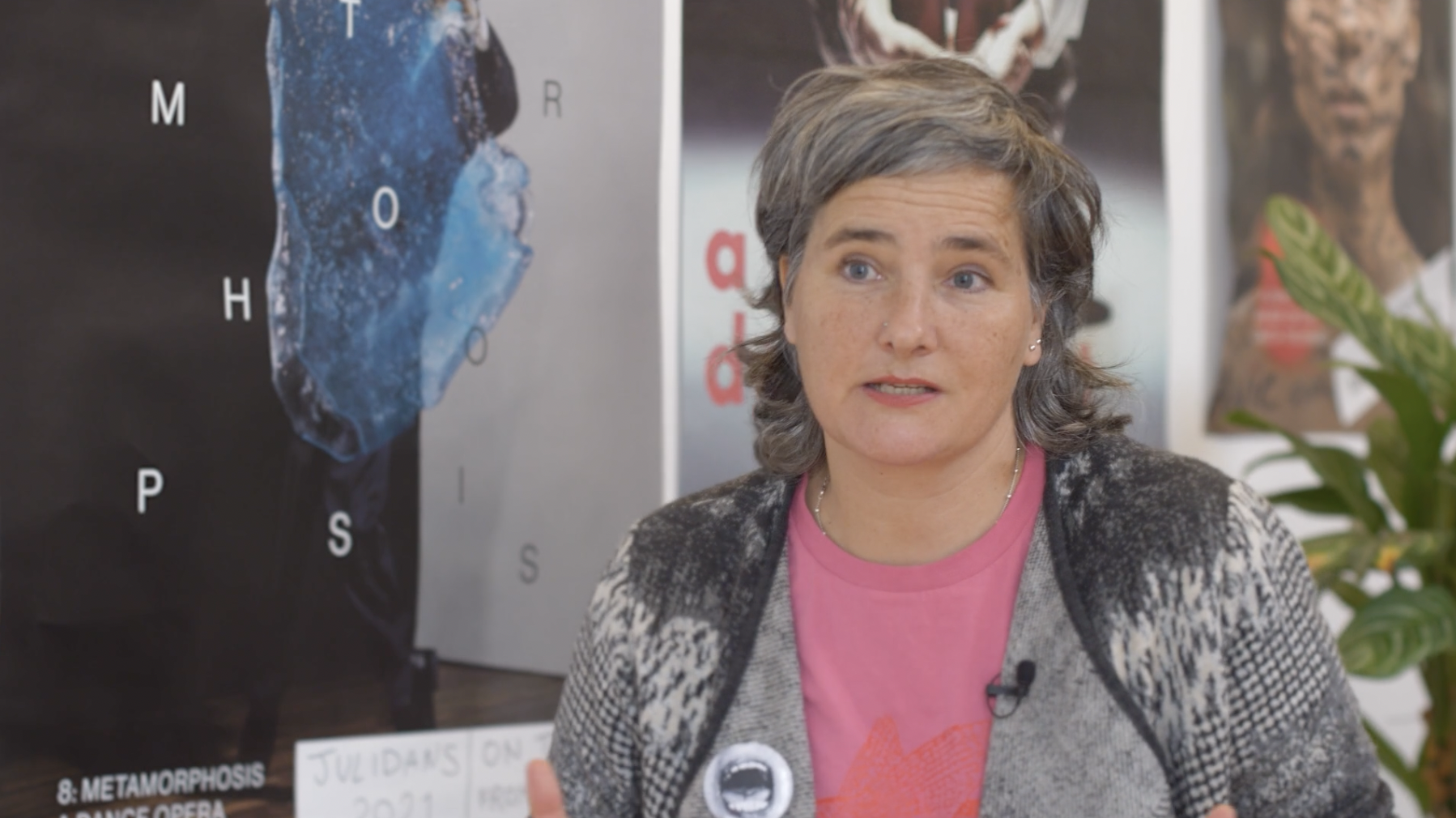 Nicole Beutler vs. The Climate Crisis

Nicole Beutler looks with astonishment and powerlessness at the enormous mess in which man has maneuvered himself when it comes to the climate. We feel the threat, but we don't seem to be able to really get a grip on it yet. Beutler wonders: are we heading towards chaos and the great disappearing, or are we leaving apathy behind and turning the tide? The world is in transition.

How we will deal with this is the key question of RITUALS OF TRANSFORMATION (towards a new humanity). Through performances like transformation rituals, Beutler invites us to embrace change. Together we look for a new world view, for a balance between man, animal, object and earth. The prologue has already been presented with 8: METAMORPHOSIS (2019), a dance opera for the end of the patriarchy. With the melting of the ice caps, the traditional structures are also "melting". With this reference to global climate change, Beutler heralded her artistic vision of the future.

Nicole Beutler (Munich, 1969) has a background in visual arts and German literature and studied choreography at the SNDO in Amsterdam. Over the past twenty years, Beutler has left a mark on the Dutch performing arts with her unique signature. Since 2009, Beutler has been the artistic director of her own company Nicole Beutler Projects. This interview is part of the LAND project, about climate breakdown, property, territory and colonialism and how these things relate to each other. Can we understand how we got into the current precarious situation? What does "ownership and control" mean for our relationship with our planet and each other?

Video made by Irene Constandse and Kees Veling, commissioned by ArtEZ studium generale