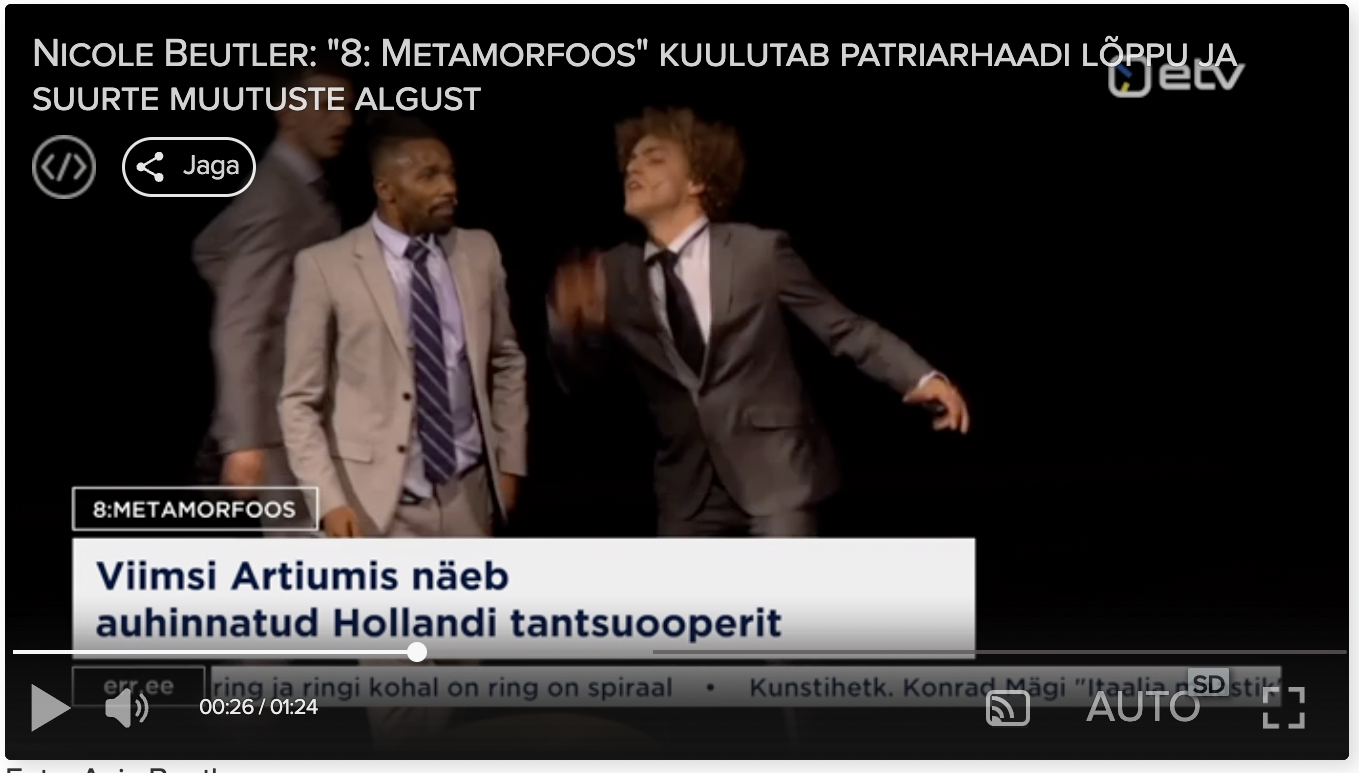 Beutler as guest of Estonian Television

Nicole Beutler: '8: Metamorphosis' heralds the end of the patriarchy and the beginning of great change

8: Metamorphosis", a dance opera that has been voted the best Dutch dance production, will be performed at Viimsi Artium on Friday and Saturday. Director and choreographer Nicole Beutler's production is a ritual that, according to the author, heralds the end of patriarchy and the beginning of great change.

Beutler has tended to highlight the power and contribution of women in society in her work to date. This time, however, eight men will take to the stage, changing roles and forms throughout the evening, transforming from powerful leaders into sensitive, multi-layered human beings.

Formally, the production is also an introduction to the changes in the world around us.

"There is a certain fear of change, but change is inevitable. We have to change, the climate is changing, we are part of the Earth, we are changing ourselves and maybe everything will change for the better. I'm not predicting the end," explained Beutler.

"I don't know if you've ever cut an apple crosswise, it's usually done lengthwise. But if you cut crosswise, a star opens up in the heart of the apple. Maybe if you look at familiar things from a different angle, you start to see them in a new way," he added.